The Farm Bill, Trade and the Unknown

While you may not have heard angels singing, you surely heard the theme song from “Green Acres” when President Trump arrived at the Farm Bill signing ceremony on December 20, 2018. This new Farm Bill, which was completed in the same year it began, was a true bipartisan effort and passed by landslide margins in both the House and Senate.

With the Farm Bill completed and signed, the work is done—right? Agriculture is set for 2019? Far from it.

Although the Farm Bill was identified as “good for farmers,” it wasn’t all wine and roses, thanks to the government shutdown that began just a few short days after the signing. The shutdown ground the new bill’s rollout to a halt for an agonizing 35 days after signing day. And even when the implementation began, the USDA was behind the eight-ball, still hosting listening sessions on the program’s rollout through March.

As if this wasn’t enough of a hurdle for the Farm Bill, in mid-March the President proposed a 2020 budget that would reopen the law and drastically impact ag funding. From slashing crop insurance to the tightening of commodity programs, the proposed changes will also make drastic cuts to the Supplemental Nutrition Assistance Program (SNAP), an important program for families with low or falling income. While few believe that the budget – which includes a $26 million cut to the Economic Research Service (ERS) budget and a crop insurance reduction of $1.9 billion in FY20 – will pass in Congress, the distraction is something the industry really doesn’t need.

This distraction is problematic for a few reasons. First, it can derail the adoption of needed programs. Second, it sends a message to farmers and ranchers that there isn’t as much value placed on rural America as is often touted. But these budget concerns also place additional stress on producers as planting season begins across the country.

Beyond the Farm Bill, producers have an eye on Washington for developments on the trade front. Speak with anyone in ag about the future, and the conversation will inevitably turn to China. While the trendline is looking better – China made a significant corn purchase that totals the entire 2018 purchase volume – there is still a long way to go.

While talks continue, a black cloud is looming because there is a feeling that the President is planning to leave U.S. tariffs on Chinese products in place “for a substantial period of time,” even after some form of deal is reached with China. This is a move that is in direct opposition with wants – and quite frankly, needs – of U.S. agriculture.

These wants and needs were made clear when a group of 59 U.S. farm groups joined together to make their case via a letter to the President, imploring him to lift the tariffs. The letter, signed by key producer organizations, outlined the fear of retaliatory efforts from China that perpetuates the cycle that is currently hurting our agriculture. This sentiment is mirrored by the group Tariffs Hurt the Heartland, which indicates that American ag exports of products targeted for retaliation are down 37 percent. They also boast a calculator that details the total that Americans have paid, based on the monthly tariffs. The current number tops $20 million and costs an additional $1,155 every second.

While China is top of mind, it isn’t the only hot topic involving trade. According to Ted McKinney, USDA Under Secretary for Trade and Foreign Agricultural Affairs, there is a mission to “leave no stone unturned on trade.” With Korea, records are being set for beef and pork exports. The USMCA (the evolution of NAFTA), has outlined improvements for the dairy and wheat industries. Work continues with countries like Japan, while Brazil has agreed to lift its ban on U.S. pork as well as make good on a 24-year-old promise to set up an annual quota to import U.S. wheat.

The Unknown Is the Norm

Producers are no stranger to the unknown, from Washington and beyond. Weather will continue to cause upheaval and has put all of California in a water positive situation, while no one in Nebraska sees anything positive about water so far in 2019. But there does seem to be a light at the end of the tunnel.

At the 2019 USDA Ag Outlook Conference in February, farm incomes were expected to trend down for 2019. A new report released by the USDA in early March shows that may not be the case. Crop cash receipts are forecast to increase by 2 percent (or $4 billion) in 2019. While not a huge increase, it is expected that these higher receipts will offset lower receipts for soybeans. 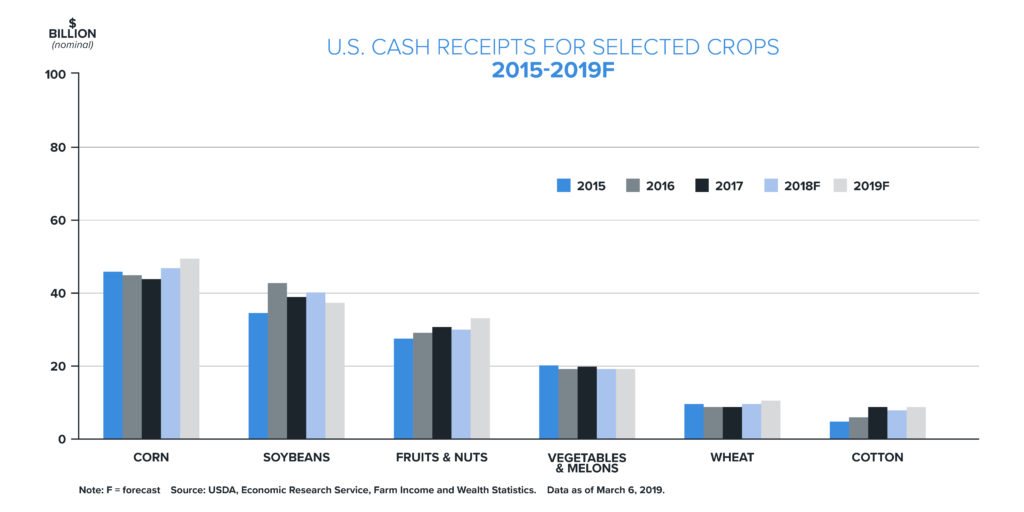 The increase isn’t just focused on crop production; total animal and animal-product receipts are targeted to rise 2.6 percent (or $4.6 billion) for 2019. This will reflect increases for milk, cattle/calves and turkeys. 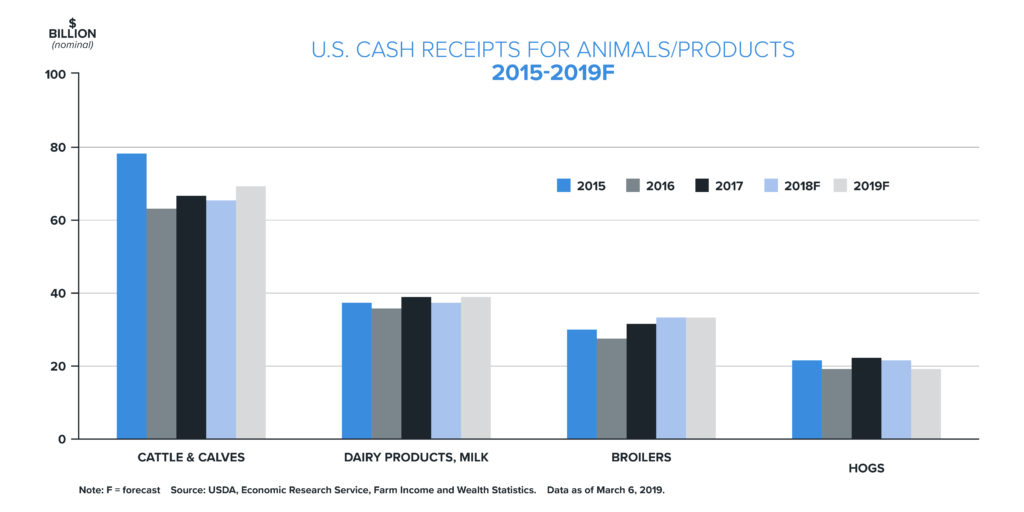 The same report shows that while receipts will increase in the crop and livestock sectors, production expenses are forecast to be relatively unchanged, forecast at roughly $372 billion. This is good news all around.

While this is focused on producers in the field, what does it all mean for the companies that provide the inputs? Mostly it means the status quo. While things aren’t going to markedly improve, they don’t look as if they are going to slide farther downhill. It provides an opportunity to roll up your sleeves and get smarter about to whom you market and how you deliver them that message.

Most of all, marketers need to be aware of the toll this is taking on producers – and be empathetic. We’re all in this together, and those who “get” the challenges and work to help their producer-customers meet the challenges head on are the ones who will come out of this cycle stronger than ever before.